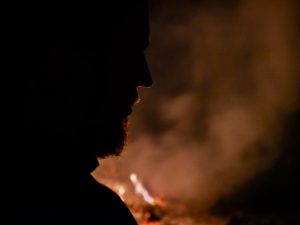 When did you last need to show ID? Maybe it was in a shop, or gaining entry to your workplace. Perhaps you were travelling.

Ever since humans started to leave their local areas, travelling further afield, we’ve come across new people. Identifying someone is meant to keep you safe, as we aren’t otherwise able to learn the names and details of everyone. A formal identity document may help bridge the boundaries, or deny privileges to the less deserving!

When we travel now, we’ll often take a passport with us, as well as visas for some countries, the right driving documents and so on. However, not long ago, recognised forms of ID were very different. It certainly wasn’t the world of biometrics and encryption which we live in now.

Back in Biblical times, the customs of hospitality meant that nomadic travellers should have been welcomed. However, on a wider scale, the march of a whole tribe or nation was sometimes more difficult. Other nations would have wanted to understand why this was happening, whether it could put them in danger, and whether they could make anything out of it. Sometimes, human motives led to conflict. This was more likely when the surrounding nations did not follow God, so they didn’t understand the love and care they should display.

So we see that identifying nations – and what to do about them – was often based on a heady combination of trade, faith and power.

When the nation of Israel left Egypt, after around 400 years, they passed through a number of different territories. Unfortunately, a significant proportion of them were both hostile and averse to the Hebrew God, and they saw His children coming. On several occasions, when the nations were not sufficiently evil to be destroyed straight away, they were offered the chance for Israel to pass through peaceably. Even then, those nations were not always satisfied for this to happen. So the people of God and the other countries came into direct opposition.

It is easy for us to dismiss the destruction of these people as a brutal invasion of their space. And if these events were driven purely by human desire, we would agree entirely. But the faith of the children of Israel was also well-known in the region, and the opportunity to accept God was available, just as it was in the time of Abraham before this. The nations in the area chose instead to trust in their own power. This was in direct contrast with the commands given to Israel.

In our current era, when we travel individually, the passports held by Christians may not show religious identity or raise any concerns. However, the association of a believer with their community of faith may emerge in other ways. Perhaps the traveller will have a Bible with them, or other written materials. Maybe they want to preach, as commanded in Mark.

Whilst many people look for opportunities to restore their faith in human nature, the reality is that we are all prone to falling short of God’s glory. This is nothing other than sin. Though this is often felt to be something of a “dirty word” these days, it has to be acknowledged in order to accept salvation.

There is an undeniable difference between those acknowledging the need for God’s grace, and those who don’t appreciate that. People who don’t accept the idea of sin needing to be corrected. And this can lead to Christians being attacked by those who feel this is not something they need to hear.

You can read more about opposition to Christianity in 2 Thessalonians 2.

Stories about warfare and persecution might start to sound quite dark, which itself may not be welcome. After all, surely Christianity should be full of better things than this? Well, it is.

As the Roman Empire took hold of more and more countries, a region called Palestine proved to be very troubling. This is the approximate area in the Middle East occupied by Jews, Arabs and various other races today, both under Israeli and Palestinian control.

Into this arena of conflict, a boy named Jesus was born in humble circumstances. Just like so many of his fellow citizens in the area, it was improbable that he would be a king. But, when they knew his mission, the Jews initially seized on the idea that he could fulfil this role. This appears largely to have stemmed from a desire to crush the parts of Roman power which they did not want.

The power of Christ, however, had to be introduced with a spirit of love and peace. This also opposed the many additional burdens imposed by Jewish traditionalists of the time. Jesus was not there to simply win a one-time battle against a particularly vicious foreign power, but instead to reveal the truth of God’s ways and provide that way of salvation which we described a few paragraphs ago.

The Jews later turned on him viciously. Jesus claimed to be the Son of God, and they rejected the idea that he would not do as they required. Again we see how the Christian way is not as this world expects, so it cannot work according to its motives.

So let’s go back to the idea of ID. Identity. And, indeed, establishing someone’s purpose.

Only God can truly know everything about somebody’s identity, motives and thoughts. Telepathy does not exist, and psychology can only go so far. However, this does not stop us from doing all we can to identify with God. We can also try our hardest to associate with those who accept God’s ways, and encourage our friends and family to seek something higher, better and stronger.

It absolutely is dangerous. We have already seen how God’s servants will be tried and tested. And we are told to constantly watch, as there can always be a “wolf in sheep’s clothing” to deceive us or take us away from the truth. So we have to be vigilant, trying for the best path, and always seeking to know if someone is acting according to the characteristics of the Holy Spirit, which has revealed the Bible message to us.

Don’t forget that part of a life of faith also accepts a new way to come. Although it is terrible to die or be harmed in God’s service, it is not the end. It may be the case that more and more Christians are identified for the purposes of destroying them, and, yes, this is dark. But the light will always prevail.

So how do we choose our identity? We have a decision to make between the easy path now, and the difficult path to a perfect future.

So what do you do?

The Bible urges you to take up the challenge. God says He wants to give the Kingdom freely, but it requires commitment in this life.

Will you commit? It may give you a different identity. You may even answer differently to the question “who are you?”

But we think the new answer will prove itself. It will remind you that you have hope.

Open our audio site in a new tab
This website uses cookies and a limited number of third-party services. These help us understand how our website is working, which parts are popular, and what we can do to improve. You will also find some embedded media, such as YouTube videos. We won't identify you personally unless you contact us or choose a subscription. We never sell your data. Click or tap "OK" if you want to proceed. OK
Go to Top